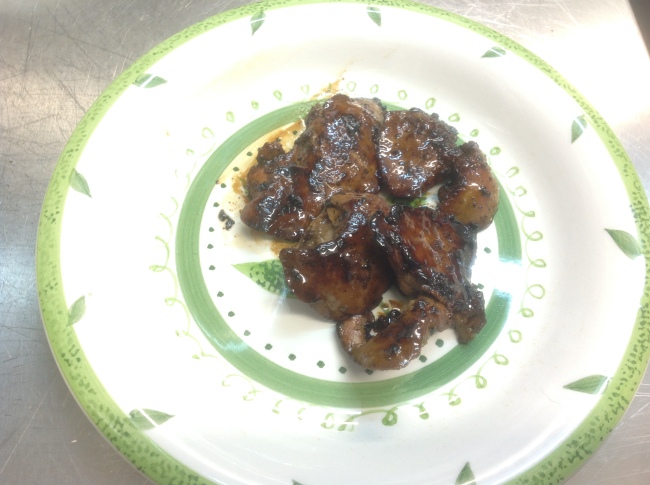 As Jeanette pointed out and many of my new friends would agree, given they are a diverse bunch, Oranges are not the only Fruit. Nor is “Carne” despite its Argentine definition (“Beef”) the only meat. However Jeanette made the error of thinking there might actually be some value to participating in Twitter, and having participated with an enthusiastic description of murdering, skinning, jointing, cooking and eating the cuddly bunny that was decimating her vegetable garden, she was apparently surprised that the Islington literati considered this a crime against humanity. Obviously they took Watership Down literally and rallied in Lloyd Webber loving groups to demand her immediate crucifixion, all within the confines of typing very few characters. Luckily I am twitter free, uncontaminated by people who really believe that any form of intelligent expression other than a haiku, can be composed in twenty words while perched on the can.

Anyway, it’s easy to get a little bored of the variety of meat on offer at most butchers here. Other than Carne they generally stock a couple of cuts of pork (what the hell happens to the rest of these noble beasts?) and the Granjas (chicken guys) stock Chicken. The rest you have to order specially. However I just found that one of the 3 small butchers in the (half derelict) covered market on Salguero (between Guemes and Charcas) normally has interesting stuff. Last Saturday, along with a load of fresh and prepared partridges on display, there was a little cardboard notice claiming he had rabbits.

I love bunnies so I thought I would give it a go. Though frozen, (they come fresh but he freezes them after a couple of days if they have not sold), it was a decent sized beast and thankfully already skinned as I suspect my previous expertise in this department may have expired. Easy enough to joint up, if you have a decent knife, lopping off the legs and dividing the loin into two is kind of logical (after a youtube refresher video on the subject). And a jolly juicy rabbit it was too. Cooked simply with a rub of mustard in a white wine sauce it didn’t even dry out when I reheated the remainder the next day. It comes with all its bits so I sauteed the rabbit liver (picture above) with a bit of sweet vinegar as a starter. Even La Doctora who is concerningly un-carnivorous for an Argy loved both dishes. The other bits are perfect for enhancing your luxurious rabbit stock! 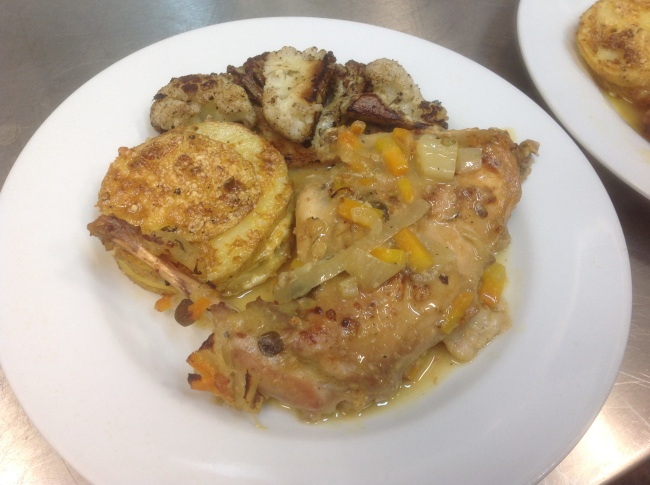 It’s a bit strange this market. In prime Alto Palermo it’s three quarters empty yet it has three small old style butchers, two of which I have sampled and it is clear they know their stuff and depend on a long established and older clientele. The Carne/Beef guy (first on the right as you come in) provides some of the best produce I have eaten. Mr rabbit appears to have great partridges. There’s a fish guy, an old guy that sells a very limited range of normally perfect fruit, a flower/plant person, and not much else. I think I feel a business plan coming on! I don’t know what complications the owner has, what the lease terms are etc. etc. but I get the feeling I should get involved. No, I’m not thinking of Organic, or Vegetarian, and definitely not Vegan. But what a wonderful place for quality producers to start a vibrant market selling their wares. After all, the ambulant weekly Buenos Aires Market is now so packed that you can hardly get near the stalls but they are screwed if it rains.

So, provedores, if I can negotiate decent terms will you join me? Foodies, would you drag yourself to the easiest place in Palermo (and perhaps in the city) to get to by public transport? Come on you Macri people (I know a few of the city government are my FB friends) will you support this initiative? Give the owner a break on his ABL or something??

Come on Buena Morfa Social Club. You need to get behind this with all your contacts and skills. You understand my philosophy in all its simplicity. It’s a rude truth that we have to eat to live, for most of us several times a day. There are not many other things that are obligatory with such frequency. Therefore the pleasure that can be provided by a small increment in the quality of the daily experience, the continued sociability of a good meal, variety, surprise, value, nutrition, added up is worth more than most diversions.

A centre for all our trusted providers in the heart of Palermo?

You know it makes sense!